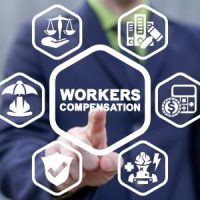 Statistics on Drug and Alcohol Use in the Workplace

Drug and alcohol use in the workplace in the United States is more prevalent than one might think. According to one report, a whopping 23% of workers may be using drugs and alcohol on the job in the United States. The report cites a survey in which workers in the United States were asked about drug and alcohol use on the job. Surprisingly, 6 out of 10 of the respondents to the survey stated that they have consumed alcohol at work, excluding drinking alcohol at office parties and events. In addition, 23% of the respondents to the survey stated that they have used marijuana on the job. Another jarring figure from the survey concerns those who have witnessed or who are aware of their coworkers’ drug or alcohol use on the job, with 62% of respondents stating that they know at least one individual who has used alcohol or narcotics at work without any type of workplace authorization (for example drinks at an office party or having a medical prescription for certain drugs) or approval.

Injured While Intoxicated on the Job in Mississippi? You May be Ineligible for Mississippi Workers’ Compensation Benefits