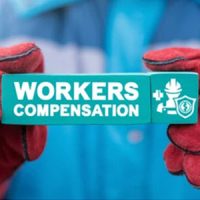 It is widely known in the United States that many states have either legalized recreational or medical use of marijuana, or have decriminalized its use. However, there are still some states in which marijuana possession is still at least a misdemeanor crime, and use for medical or recreational reasons is certainly not normalized. Idaho, South Carolina, and Kansas are the few states in which marijuana is fully illegal still. Louisiana and Mississippi have “mixed” laws when it comes to the legality of marijuana, with Mississippi signing legislation that legalized medical marijuana into law in February, 2022.

With the use of marijuana increasing in Mississippi and throughout the United States, the question must be asked: How does marijuana impact workers’ compensation claims? A recent case in Mississippi involving a steel worker who fell may hold some answers.

According to reports, the recent court case Miles Meek vs. Cheyenne Steel, Inc., and American Interstate Insurance Company, involved a Mississippi steelworker who was injured on the job, but also was found to have marijuana in his system at the time of the workplace injury. In 2018, Mr. Meeks, the plaintiff, tripped and fell twenty feet at work, hitting a man-lift during the fall. Mr. Meeks injured his shoulder, hip, and back as a result of the workplace fall, and was placed on temporary total disability. In late 2019, Mr. Meeks was deemed to have reached maximum medical improvement, and was assigned a 2% impairment rating, which he disputed.

Despite paying Mr. Meeks workers’ compensation benefits, Cheyenne Steel, his employer, argued, among other things, that it should not be on the hook for workers’ compensation benefits because Mr. Meeks was intoxicated during the time of the injury, which was revealed two years later when the company discovered a drug test of Mr. Meeks taken at the emergency room after Mr. Meeks’ fall. The drug test showed that Mr. Meeks had marijuana in his system. After some back and forth at the commission level, the appeals court reviewing the case ultimately ruled in Cheyenne Steel’s favor. The appeals court’s reasoning was that Mississippi law “…clearly states that if a drug test shows ‘the presence, at the time of the injury, of any illegal drug illegally used…it shall be presumed that the proximate cause of the injury was the use of the drug illegally.” Accordingly, the court held that because marijuana was illegal at the time of Mr. Meeks’ injury, Cheyenne Steel was off the hook for workers’ compensation payments to Mr. Meeks.