Can a Work Injury or Accident Cause PTSD? 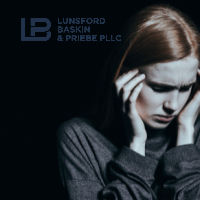 Being the victim of a workplace accident can be overwhelming. In addition to whatever physical injuries you may sustain, there can be psychological ramifications as well, such as post-traumatic stress disorder (PTSD).

Louisiana is one of the safer places to work, according to 2019 Bureau of Labor Statistics data. The national incidence rate of workplace injuries and illnesses was 2.8 per 100 full-time workers, whereas Louisiana’s was only 1.7. However, there were still 24.1 thousand nonfatal workplace injuries and illnesses reported in Louisiana by private industry employers in 2019. And if you’re one of those 24.1 thousand people, the results can be devastating, both in terms of bodily harm and mental anguish.

Most people think of PTSD as something that occurs because of combat in a war zone. While this is the most commonly known cause of PTSD, any traumatic event can result in this type of mental distress.

According to the American Psychiatric Association, post-traumatic stress disorder (PTSD) occurs in people who have experienced or witnessed a traumatic event such as a natural disaster, a serious accident, a terrorist act, war/combat, or rape or who have been threatened with death, sexual violence, or serious injury.

The trade journal, “Occupational Medicine,” identified the following professionals as those who are more likely to be diagnosed with PTSD:

Any high-stress or dangerous work environment can put you at risk for PTSD. For example, a Louisiana construction worker who was involved in a harrowing accident could recover from his or her physical injuries in a matter of weeks, but the mental anguish resulting from the accident can linger for months or even years. Or a nurse who is attacked by a patient might not have any outward physical signs of injury, but they may suffer from persistent, disturbing nightmares because of the incident.

Symptoms of PTSD can include:

Do You Think You Have PTSD Caused by a Work Injury?

If you think you have PTSD caused by a work injury, the most important thing you can do is find a therapist who can both diagnose PTSD, help you manage your symptoms, teach you skills to deal with it, and help restore your self-esteem. But such an endeavor is not always inexpensive. For most people, the cost is one of the greatest barriers to mental health treatment. You may live in an area of Louisiana in which there are few free or low-cost therapy options available. And that’s where filing a workers’ compensation claim can be helpful.

While PTSD is a very real consequence of workplace injuries, it can be difficult to prove. An experienced workers’ compensation attorney can advise and represent you at every stage of the process, so you can focus on healing, both physically and mentally, rather than on paperwork and dealings with insurance companies.

Rely on an Experienced Louisiana Attorney

By Lunsford Baskin & Priebe PLLC | Posted on August 6, 2021
« Can You Lose Workers’ Comp Benefits for Being Intoxicated?
Defective Airbag Deployment. Who Is Liable? »