The Wage Replacement Benefit in Louisiana 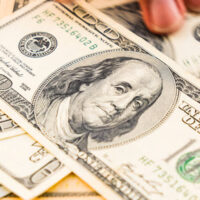 A work-related illness or injury usually cuts off a family’s primary or only source of income. So, workers’ compensation includes a wage replacement benefit. These benefits continue for up to 520 weeks (ten years). That’s one of the longest periods in the country. So, while victims recover, their families are taken care of, at least in part.

Broken bones and most other trauma injuries usually heal over time. Head injuries are the major exception. A combination of surgery and physical therapy can ease the symptoms, but the injury itself is always permanent. Once brain cells die, they never regenerate.

Most temporary disability victims receive two-thirds of their Average Weekly Wage until doctors clear them to return to work. In addition to regular cash compensation, the AWW includes things like:

Income increases might factor in here as well. Assume Fred falls at work a month before his probationary period ends. If his salary would have doubled after his probation ended, his AWW payments must be adjusted accordingly.

Temporary partial disabilities work a bit differently. Some victims are able to work as they recover, but they must reduce their hours or accept lower-paying light duty work. In these situations, workers’ compensation pays two-thirds of the difference between the old and new salaries.

Issues often arise if the victim hits a wall during physical therapy. If that happens, the insurance company often tries to invoke the Maximum Medical Improvement loophole. Even though MMI victims have not recovered 100 percent, they are ineligible for additional wage replacement benefits.

Hearing loss might be the lone exception. As long as the condition is caught early enough, a hearing aid usually reverses the hearing loss, at least on a practical level. Some toxic exposure respiratory issues are curable as well, as long as doctors detect them very early and treat them properly.

If the victim is disabled, Louisiana workers’ compensation usually pays a lump sum, depending on the nature and extent of disability.

Bear in mind that “disability” is not just a medical term. This word also has educational, vocational, and other implications. If an oil field worker loses several fingers, the worker might be totally or at least partially disabled. But if a college professor sustains a similar injury, the effects might not be nearly as devastating.

Rely on an Effective Attorney

Most injured workers receive two-thirds of their wages for the duration of their disabilities. For a free consultation with an experienced workers’ compensation lawyer in New Orleans, contact Lunsford, Baskin & Priebe, PLLC. We do not charge upfront legal fees in these matters.