Close Menu
Workers' Compensation / Blog / Personal Injury Accident / I Have Been Hurt Before. Am I Still Entitled to Workers’ Comp Benefits?

I Have Been Hurt Before. Am I Still Entitled to Workers’ Comp Benefits? 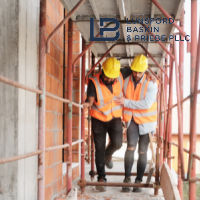 The short answer to the question above is yes, but it’s complicated. Read on for more details.

The NIH (National Institutes of Health) published data showing that as of 2018, fully 27% of non-elderly adults in the United States had a pre-existing condition. This is also referred to as a declinable condition.

Both Mississippi and Louisiana top the national average; in fact, they are both in the top five states for percentage of the non-elderly population with pre-existing conditions:

What does this mean? It means that one out of every three residents of working age in Mississippi and Louisiana is dealing with a pre-existing illness or injury. This becomes especially significant when it is necessary to file for workers’ compensation.

Am I still entitled to workers’ compensation benefits?

This guide also lists  (in section 5.2.c.) several medical problems that could potentially be exacerbated by employment, such as:

If you have been denied a workers’ compensation claim, do not give up:

In Mississippi, you can petition for a hearing with an Administrative Law Judge or appeal to the Workers’ Compensation Commission. From there, you can appeal to Circuit Court or directly to the Mississippi Supreme Court. Not only may you obtain benefits that are due to you, but you may also be entitled to other money damages, including punitive damages if the denial was in bad faith.

When you were hired in Louisiana, you completed a form called “Conditional Job Offer Knowledge Questionnaire”

In this, you were asked to list any pre-existing conditions that you had and given the following warning:

FAILURE TO ANSWER TRUTHFULLY AND/OR CORRECTLY TO ANY OF THE QUESTIONS ON THIS FORM MAY RESULT IN A FORFEITURE OF YOUR WORKERS’ COMPENSATION BENEFITS UNDER La. R.S. 23:1208.1.

Hopefully, you took this seriously, because it means exactly what it says: if you did not answer truthfully, you could be out of luck later on when filing for workers’ compensation.

In this, and in any other case where your claim is denied for workers’ compensation, hire an experienced workers’ comp attorney to help you navigate the ins and outs of appeals and deadlines.

In Louisiana, you can request a formal hearing with the Office of Workers’ Compensation. A Disputed Claim for Compensation must be filed with the OWC within one year from the accident. A Disputed Claim for Medical Treatment must be filed within one year of the injury or three years from your last payment if you were receiving medical payments that were cut off.

Remember, don’t simply take no for an answer. That’s what the insurance company wants you to do. The law is on your side, and you have rights.

The workers’ compensation attorneys at Lunsford, Baskin & Priebe PLLC in New Orleans and Jackson will stand up for you and appeal your denial through the proper channels. If the insurer’s denial was wrong, we’ll make it right, so that you can get the benefits you need and deserve after a workplace injury in Mississippi or Louisiana.

By Lunsford Baskin & Priebe PLLC | Posted on July 28, 2021
« What To Do If You Are Hit By a Driver With No Personal Injury Insurance
When the Pain Isn’t Physical: Does Workers’ Comp Cover Mental Health? »