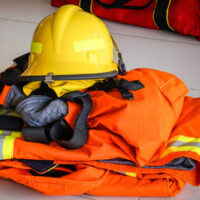 Media reports usually focus on intentional first responder injuries, such as police officers who are shot in the line of duty. Unintentional injuries, like falls and smoke inhalation, often go under the radar. Yet emergency responders have a significantly higher risk of unintentional injury than people in almost any other line of work.

Whether they work in a big city like Hattiesburg or a small town like Tupelo, these victims could be entitled to substantial compensation. A Jackson workers’ compensation attorney can obtain wage replacement and medical bill payment benefits. These financial benefits give injured workers and their families the resources they need to carry on with their lives.

Generally, when first responders answer an emergency call, they know almost nothing about the physical environment. But they answer these calls anyway, because they help people who are in trouble. Their own safety is secondary. Workers’ compensation insurance picks up the slack. It provides compensation for:

Frequently, a pre-existing condition made the victim more vulnerable to injury and/or made the injury more severe. Generally, full compensation is available in these situations, as outlined below.280

Prior wages do not necessarily establish the average weekly wage. Many workers are injured during probationary periods. These workers are entitled to the raises they would have received if they had not been injured. The same thing applies to missed performance bonuses.

The “reasonably necessary” provision often causes problems. Many insurance companies refuse to pay for cutting-edge treatments. For example, many Post Traumatic Stress Disorder patients respond well to MDMA (ecstasy). But some insurance companies do not believe these treatments are legitimate. So, an attorney advocates for victims in these situations.

Apropos of nothing, PTSD is not a “processing disorder.” It is a physical brain injury, and it must be treated like any other chemical imbalance.

Team Up with a Savvy Attorney

Injured first responders could be entitled to significant compensation. For a free consultation with an experienced workers’ compensation lawyer in Jackson, contact Lunsford, Baskin & Priebe, PLLC. Home, virtual, and hospital visits are available.