Can A 1099 Employee Sue for Injury Compensation ? 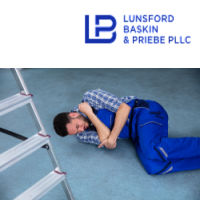 Am I an Independent Contractor?

If you’re a 1099 employee who is injured on the job, you have every right to seek workers’ compensation benefits from your employer.

Can A 1099 Employee Sue for Injury Compensation as an Independent Contractor?

Whether you can collect benefits as an independent contractor differs based on your state. In Louisiana, those who perform manual labor can collect workers’ compensation, but their manual work needs to contribute to the employer’s occupation, business, or trade. For example, if you’re hired to fix a business’s roof, that would be considered the employer’s principal business, and you would qualify for workers’ compensation in the event that you’re injured.

If you perform manual labor on something non-essential for the business, you may not be able to recover workers’ compensation. For example, if you’re contracted to fix a company’s A/C unit and are injured, you will likely not qualify for workers’ compensation because the A/C is not a principal part of their business, occupation, or trade. Their business can likely still function without the A/C unit, so it’s not an integral part of their business.

Claiming Workers’ Compensation as a 1099 Worker or Independent Contractor

Although there are many situations in which independent contractors cannot receive workers’ compensation benefits, you should still contact a workers’ compensation lawyer if you’re injured on the job. There’s a great deal of nuance when it comes to defining an independent contractor and what qualifies as an eligible injury, so you need expert legal assistance to advise you on your legal options.

When you work with a workers’ compensation lawyer, they will try to prove that you’re either technically a 1099 employee rather than an independent contractor or that your injury is eligible for compensation.

When working with a lawyer, you might be able to get your workers’ compensation approved by the employer and their insurance company, but you may need to engage in legal action to fight for your injury claim. Workers’ compensation lawyers are critical in this situation because they have experience fighting for workers in court.

Additionally, you may want to sue the employer or another employee if there was negligence involved in your work injury. Even if you don’t qualify for workers’ compensation, you could receive a settlement or win your case in court if your injury resulted from another person’s negligence.

If you were injured at work, you need seasoned legal professionals to help assist you with your claim. Employers and their insurance companies will often try to avoid paying out claims even when injured employees are eligible. For expert workers’ compensation guidance you can trust, contact Lunsford, Baskin, and Priebe, PLLC. We have numerous years of experience helping workers like you receive the money they deserve for workplace injuries. Call our New Orleans office at 504-656-6579 or click here for a free consultation.

By Lunsford Baskin & Priebe PLLC | Posted on December 3, 2021 Tags: Blog on Personal Injury Accident, workers compensation tag
« 5 Things You Must Do After a Motorcycle Crash in Mississippi
What is the role of the treating doctor in a Workers’ Compensation claim? »
Free Case Evaluation
X
Free Case Evaluation