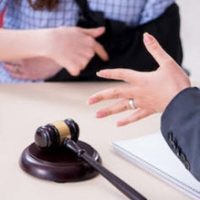 According to reports, Ms. Kilcher, a 32-year-old Hollywood actress who most recently played the role of Angela Blue on the hit streaming show ‘Yellowstone’, sought workers’ compensation benefits in California after she alleged that she was injured on the set of the movie Dora and the Lost City of Gold in or around late 2018. Ms. Kilcher alleged that she injured her neck and shoulder on the movie set, which resulted in her inability to work for one year. Ms. Kilcher sought and received workers’ compensation benefits as a result of her injury in the amount of $96,838 from late October 2019 to September 2021.

Ms. Kilcher has pleaded “not guilty” to two counts of felony workers’ compensation fraud and has hired star Hollywood lawyer Camille Vasquez to defend her. Ms. Vasquez gained instant fame and fandom for her defense of Johnny Depp in his trial against ex-wife Amber Heard earlier this year.

Reach Out to an Attorney for Help