Louisiana Workers’ Compensation Claims – What Is An “IME”? 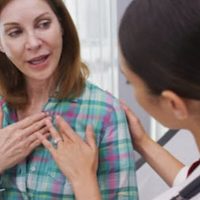 What is the Definition of an “IME”?

Simply put, an “IME” is an abbreviation for “Independent Medical Examination”. This is a third-party medical examination that is conducted by an independent doctor when there is a dispute between the injured worker’s doctor and the employer’s insurance company’s doctor as to the workers’ medical condition.

What Happens at an IME?

An IME is another medical examination, performed by a doctor independent of the employer or injured worker. The IME selected doctor will review an injured workers’ medical records and perform a medical examination, then will write a report regarding the alleged injury. The report will be submitted in the course of the workers’ compensation case, and may be the “tie-breaker” when it comes to determining the injury.

Is an IME on the Injured Workers’ Side?

Is the Injured Worker Responsible for Paying for the IME?