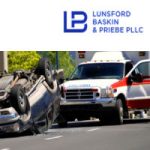 Fatal car accidents in Mississippi have risen 20% in 2021 compared to 2020. It is thought that the reason for this is because of COVID-19. During the pandemic, drivers became accustomed to less traffic and emptier roads, allowing them to believe they can get away with certain bad habits like distracted driving.  While the… Read More » 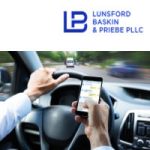 Everything You Need to Know About Mississippi Distracted Driving Laws

How to Prove Emotional Distress to Help Win Your Case

When most people are in a car accident, they generally only consider how they will afford their medical bills or car repairs—things that are considered economic damages in a personal injury case. But there are also non-economic damages, which are more intangible and without a distinct monetary value—such as emotional distress—that an injured victim… Read More »

How to Establish Proof of a Car Accident After It Happened?

Car accident victims can sometimes find themselves in a difficult situation if they do not take the necessary steps to establish proof of fault after an accident. While it may seem obvious to you that another driver or party was to blame, you still carry the responsibility of having to show proof to insurance… Read More »

What is Comparative Negligence?

When you are injured in an accident caused by another driver, most people assume they can simply file a claim against the guilty party to recover compensation. However, not all states handle fault or negligence claims the same way. For example, there are typically two kinds of fault that can play a role in… Read More »

Why Should I Get a Medical Exam After My Accident?

Car accidents often result in injuries that have immediate symptoms. You may feel a sudden pain in your neck from whiplash, or you could suffer from another injury with immediate side effects. If you suffer from a wreck in which you don’t experience pain or symptoms of an injury, you may think that you… Read More »

I Have a Pre-existing Condition – How Could it Affect My Personal Injury Claim?

In the event of a slip and fall or car accident, it is vital that you seek medical attention as soon as possible. Oftentimes new injuries will go unnoticed for those with pre-existing conditions, as some injuries do not present directly after an accident and take time to manifest. Furthermore, it’s important to understand… Read More »

I Was Hit By an Uninsured Driver. Am I Covered?

It’s an all-too-common occurrence. Out of nowhere, another driver hits your vehicle, causing significant damage to you and your car. And though you weren’t at fault for the accident, now you’re worried about how to pay for medical and auto repair bills because the other driver wasn’t insured. If you’ve been in an accident… Read More » 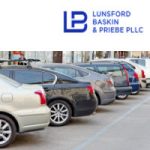 Who’s At Fault in a Parking Lot Accident?

Parking lot accidents are exceedingly common in both Mississippi and the rest of the country. It’s no mystery why that’s the case — cars are in incredibly close proximity with one another, drivers need to watch for other cars and pedestrians, and drivers often have limited vision because of other parked cars. Many parking… Read More »

Do This Immediately After a Vehicle Accident!

What Paperwork Do I Need to Obtain After a Car Accident? According to Mississippi law, you are required to notify police if you have been in a car accident where someone was injured, someone was killed, or there was more than $500 worth of property damage. But it’s still a good idea to file… Read More »